Exploring the Benefits of Rhinoplasty in Portland Oregon 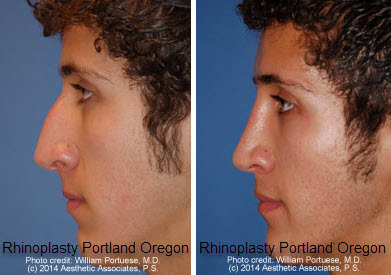 View Before and After Photo – View results and see the difference.

Rhinoplasty, also known as a “nose job,” is a surgical procedure that is used to alter the shape, size, or function of the nose. The procedure can be performed for both cosmetic and medical purposes.

Cosmetically, rhinoplasty is often used to improve the appearance of the nose by changing its size or shape. For example, a person may want to make their nose smaller, or to change the shape of the tip or bridge of the nose. Rhinoplasty can also be used to correct problems caused by birth defects, injury, or previous surgery.

Medical rhinoplasty, also known as functional rhinoplasty, is a type of surgery that is performed to improve the function of the nose. This can include procedures to improve breathing, such as the removal of a deviated septum or the reduction of nasal obstructions.

After the surgery, the patient will typically experience some swelling and bruising, which will gradually subside over the course of a few weeks. It can take several months for the final results of the surgery to become fully apparent.

Rhinoplasty is a major surgical procedure and should be carefully considered before undergoing treatment. It is important to discuss all of the potential risks and benefits with a qualified plastic surgeon before deciding to undergo the procedure.

When patients have a wide tip in association with an over projected nose, a conservative cartilage removal and suture techniques are required to narrow the tip to be in alignment with the new, less projecting bridge line. Non surgical rhinoplasty using injectables is not a permanent solution. for nose surgery portland. Some patients who have an overly projecting development of the nasal septum with an over projected nose have normal or underdeveloped nasal tip cartilages, therefore no tip surgery is performed on them. When decreasing the overall projection of the nose, there are multiple techniques during the rhinoplasty procedure that can accomplish this goal. In most cases, however the amount of de-projection is never as much as the patient would like. Communication between the rhinoplasty surgeon and the patient is of utmost importance and care to make sure both understand what the rhinoplasty rejuvenation procedures can accomplish. Cosmetic computer imaging is of some benefit to help with the communication process. 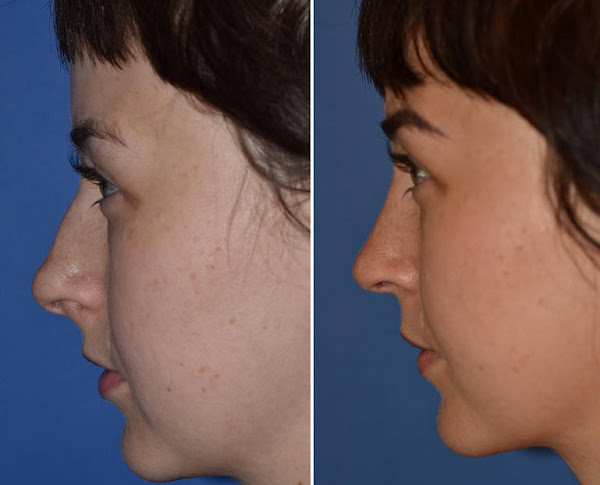 The recovery process following rhinoplasty, also known as a “nose job,” can vary depending on the specific details of the procedure and the individual patient. However, there are some general steps that are typically involved in the recovery process.

Questions to ask your doctor

Oregon is a beautiful state in the Pacific Northwest area of the western United States. The Columbia River defines much of the northern border with Washington, while the Snake River boundaries much of its western boundary with Idaho and California. The 42 degrees north latitude also delineates the northern border with Alaska. The state of Oregon is located between the Pacific and Atlantic Ocean and the U.S. Eastern Slope. Oregon is one of the most populous states of the United States with an estimated population of approximately 7 million. There are a total of nine counties in Oregon, with Multnomah County and Clore County being the state’s two major counties. The counties of Wilson, Hood, Putnam, Gresham, Washington, Multnomah, Putnam and Lincoln City are the smallest cities in the state.

Portland is Oregon’s largest city which sits on the Columbia and Willamette rivers, in the shadow of snow-capped Mount Hood. Well known for parks, bridges and bicycle paths, as well as for its eco-friendliness and its microbreweries and coffeehouses. Iconic Washington Park encompasses sites from the formal Japanese Garden to Oregon Zoo and its railway. The city hosts thriving art, care theater and music scenes

How Far is Portland from Seattle

Portland is 2hr 52 min away from Seattle.

Driving Directions From Portland OR

5. Use the right 2 lanes to take exit 164A for Dearborn St toward James St/Madison St

Set up an appointment / consultations with – The Seattle Facial Plastic Surgery Center He does not offer body contouring – only facial plastic surgery.

1. A cosmetic rhinoplasty procedure is a surgical process that modifies the nose’s shape.

2. Although it is often done to make the nose seem better, it can sometimes be done for more practical reasons, such as to fix a birth abnormality shape or accident.

3. Both adults and children can undergo the procedure provided if they are in good health.

4. Rhinoplasty procedure is thought to be a technique with a minimal risk of complications and a generally safe outcome.

5. Minor bleeding and bruises following this cosmetic surgery procedure are the most frequent side effects.

6. A rhinoplasty – and ethnic rhinoplasty normally requires one to two weeks for medical rehabilitation.

7. The majority of patients claim to experience some pain and discomfort conditions in the days immediately following surgery, but this normally passes rapidly.

8. It can take several months before you can see the ultimate results of your rhinoplasty.

3. In Portland, cosmetic purposes account for the vast majority of rhinoplasty operations.

4. A variety of nasal defects, such as a deviated septum, a bulbous shape nose, and a crooked nose, can be treated by rhinoplasty.

5. A rhinoplasty recovery period of one to two weeks is usual.

6. According to most cosmetic plastic surgeons and our medical doctor – the majority of patients who have rhinoplasty nose surgery are pleased with the outcome and shape.

7. Though they are uncommon, complications and pain following rhinoplasty nose surgery might include infection, bleeding, and scarring. Photo image study available